I have been working with Dr Auliana Poon and her company in two projects in the Caribbean of which one was the Sustainable Eco Tourism Development Programme in Dominica and the other the Sustainable Tourism Development Project in St Vincent and the Grenadines. These projects assisted the two island countries Dominica and St Vincent and the Grenadines to build tourism service, management capacity and tourism infrastructure. Both the projects were very well implemented and were considered very successful both by the clients (i.e. the Governments of each countries) and the European Union. Personally, I very much enjoyed working with Dr Poon and the other persons representing her company and would be glad to recommend Dr Poon and her company for similar assignments.

I’ve had the pleasure of working with Tourism Intelligence International [Leve Global] on developing the National Export Strategies for Jamaica, Mozambique and The Gambia.

They are a great partner to work with and I fully recommend their services.

Tourism is credited with being the world’s largest and fastest growing industry, representing the largest voluntary transfer of resources from the rich to the poor in history. In the Caribbean and many other parts of the world, reality has overtaken all the various arguments about its fickleness and it is recognized as a major driver of the economy in both developed and developing countries. Given its linkages, when tourism does badly, many other sectors are in decline.

There however remain serious issues about its socio-cultural and environmental impacts and its sustainability requires that decision making be based on strategic planning approaches underpinned by hard research and statistics.

It is for this reason that the entry of Tourism Intelligence International into the field of tourism research and planning has been a welcome addition to the armoury of those wishing to reinvent either their tourism business or their tourism sector and bring it into the 21st century. There is little doubt, therefore, that… a great deal has been accomplished.

The Caribbean is proud that the team takes it leadership from within this region in the person of the highly qualified Dr. Auliana Poon who combines a large degree of enthusiasm with a keen mind and a passion for innovation. She has fashioned the group into a sophisticated combination of skilled personnel drawn from around the world who have delivered excellent tourism services in diverse countries situated on almost every continent.

Their main focus were to engage communities on developing sustainable Community Tourism projects.

The Company’s working relationship over the years has been very effective and professional. It would be a pleasure to recommend their services. 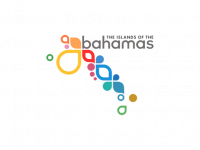 Grand Bahama Island tourism needed innovation to move it into the new Millenium in the late 90s. The product was tired and required rejuvenation.

The Grand Bahama Island Promotion Board hired Leve Global to drive this project. Dr. Auliana Poon met with major tourism stakeholders to conduct a SWOT analysis. From this was born Grand Bahama 2000, a project that invigorated tourism in a novel and strategic way.

It afforded line staff themselves from all facets of the hospitality industry the opportunity to be a tourist at home. They did this through a massive data bank of myriad experiences gathered to facilitate these experiences.

As Lead Economics Specialist at the Inter-American Development Bank some years ago (now retired) I collaborated with Dr. Auliana Poon and her team in the production of a report highlighting the positioning, challenges and prospects of Caribbean tourism.

c The team produced an insightful and presentable report on schedule, to the satisfaction of the client.